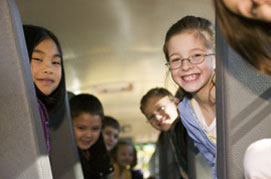 An area of student need involving a self-imposed restricted diet or refusal to eat and/or compensation actions after eating to avoid gaining weight or excessive eating.

Diagnosed conditions of eating disorders include:

Bulimia Nervosa: Recurrent episodes, at least once a week for three months, of binge eating (consuming very large amounts of food in a relatively short period of time), that feels “out of control” with inappropriate compensatory acts to prevent weight gain (vomiting, misuse of laxatives, diuretics, or other medications, fasting or excessive exercise).

Binge Eating Disorder: Recurrent episodes, at least once a week for three months, of binge eating without compensatory actions, but with three (or more) of the following: 1. Eating more quickly than normal. 2. Eating until uncomfortably full. 3. Eating large amounts when not feeling physically hungry. 4. Eating alone due to embarrassment of quantity. 5. Feelings of self disgust, depression or guilt after binging.

Other Specified Feeding or Eating Disorder: Atypical anorexia nervosa, bulimia nervosa and/or binge eating disorder if not all the criteria are met.

Echolalia :
The repetition of words of phrases, often by students with ASD.
Education Quality and Accountability Office (EQAO) :
A provincial agency that provides province wide examinations for students in grades 3, 6, 9, and 10 for the purpose of collecting information and statistics about annual student achievement. The information is for parents, teachers and the public. Along with collecting information, EQAO also proposes strategies to parents and educational personnel to better educate students. Specific accommodations are permitted as per EQAO guidelines for students on IEPs who require them.
Educational Assistant (EA) :
Are members of the educational system who work in schools to support student needs. Educational Assistants work with teachers to ensure the safety and medical needs of students are met. EAs also implement accommodations and support students with their modified and/or alternative programming goals.
Emotional Regulation :

An area of student needs, involving difficulty with expression of feelings appropriately.

English as a Second Language (ESL) :
A program that aims to teach English to someone who has a different first language. The program could be taught during specific periods while for the rest of the day the student will most likely be placed in a regular classroom, an immersion program, or a bilingual educational environment.
English Language Learner (ELL) :
A student who is learning English. These students do not fall under special education services, but are not excluded if their needs indicate. The prevalence of an ELL student requiring special education services is the same as for non-ELL students. Sometimes an ELL has been referred to as English Second Language.
English Language Skills :

An area of student need, involving the acquisition of the English language. While not officially part of special education, English Language Learners will have special education needs in the same proportion as students whose first language is English. ELL students often benefit from some of the resources related to special education.

A diagnosed medical condition, characterized by recurrent seizures that may include repetitive muscle jerking called convulsions, caused by a disruption of the brain's normal electrical activity.

Error Analysis :
The analysis of mistakes to determine why and how students make them in order to determine what needs to be taught and how.
Exceptional Pupil :
A student is regarded as exceptional or identified only after an Identification Placement and Review Committee (IPRC) has determined that the student meets the criteria for a specific exceptionality in their school board.
Exceptionalities Determined by Identification Placement and Review Committee (IPRC) :

In Ontario, some students with special needs are formally identified as exceptional by an Identification Placement and Review Committee (IPRC), which is made up of at least three people, one of whom must be a principal or superintendent. The Committee determines if a student meets the established criteria for one of the twelve recognized exceptionalities, as determined by the Ontario Ministry of Education and reflected in the individual school board’s special education plan. The IPRC also determines the appropriate educational placement for the student’s needs. The identification and placement are reassessed every year.